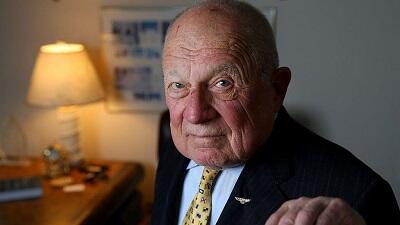 F Lee Bailey, one of the defence lawyers in the 1995 murder trial of OJ Simpson, has died aged 87.

Axar.az reports that Mr Bailey defended a host of notorious clients, including the Boston Strangler and the US army commander at the My Lai massacre during the Vietnam War.

He was renowned for his dramatic style and his ability to throw reasonable doubt on the prosecution's case.

But he was banned from practising law in two states and eventually filed for bankruptcy in 2016.

He died of unspecified causes at a hospice in Georgia on Thursday, his son Bendrix Bailey said.