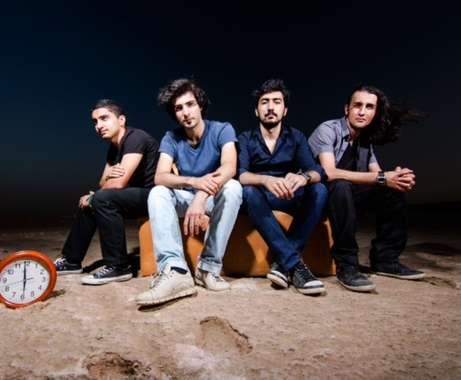 YARAT Contemporary Art Space has announced that it will organize a Literature Night on June 29, 2016.

The guests of the evening will be - an aspiring writer Murad Gafarov, the rock band “5.59” and ADO theater with its performance "Ağ-Qara" (Black and White).

YARAT had launched a brand new 300 Words on Resistance exhibition just a few days ago.

Most of us are familiar with the topic of how society affects the individual person often limiting and denying unique personalities. A so-called majority is the main oppressor of individuality. Society, as a whole, restricts the freedom of a single person by imposing norms of ideas which in majority’s opinion are standard.
Should we fight for our rights in order to live and enjoy the life, to resist such a giant as a society? Is this realistic? Can we allow our society to define us by repressing our personality?

We can refer to the works of writers and philosophers John Stuart Mill and Richard Bach, because they also spoke about the problems of the society of their time. Has much changed since then? The laws of society, as opposed to the state ones, rarely change.

Writer and poet Murad Gafarov was born in Baku, but has spent most of his adult life in Russia and USA. Murad studies literature and political science at the University of Houston. You will have the opportunity to hear several short stories from the author himself, and take part in the discussion on 29th of June.

Young poet Emil Ali is a graduate of The Academy of Public Administration under The President of The Republic of Azerbaijan. He is a managing board member of multiple book clubs. You will have a chance to hear carefully selected poems and short stories from world literature and take part in active discussion.

The band "5.59" was formed in October 2011, by the young composer and singer Elchin Elshad. The name of the team is associated with the moment "one minute before dawn", before the advent of a new day. Later the band was joined by Jamal Jabrayil (guitar), Seymur Aliev (drums) and Tural Tahir (bass guitar and backing vocals). All members have an academic background in classical music, have played in other bands, but it was rock music that gave them a sense of freedom and allowed to splash out the accumulated creative energy. They are united by the desire to create a revolutionary, unique sound in current Azerbaijani music.

Azerbaijan's first underground theater ADO was established in 2013 by an actor and director Elmin Badalov. The theater mainly puts on plays of young playwrights and addresses sensitive social topics. The main difference that sets "ADO" apart from other theaters of Baku became the principle of director’s reasonable noninterference in actor’s work, as well as the absence of boundaries between the actors and the audience. Spectators often sit right on the stage, and at some point, depending on the actor's improvisation, may be involved in the act of play.