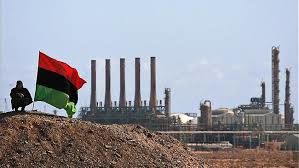 Libya’s National Oil Corporation (NOC) said on Sunday it would not take part in any OPEC production cuts for the “foreseeable future” as the North African country tries to bring crude output back towards pre-conflict levels.

“Libya is in such a dangerous economic situation, there is no way it can participate in OPEC production cuts for the foreseeable future,” NOC Chairman Mustafa Sanalla told delegates at the Arab-Austrian Economic Forum in Vienna on Friday, according to an NOC statement.

Libya has more than doubled its national crude production to around 600,000 barrels per day (bpd) since several previously blockaded oil ports were reopened in September.

But output remains far below the 1.6 million bpd the country was producing before its 2011 uprising, and Libya has been rapidly depleting its foreign exchanged reserves.

Libya had already indicated its reluctance to curtail production, and this week OPEC will debate a proposal to cut production that would exempt Libya and Nigeria, another country where output has been hit by conflict.

The NOC hopes to raise production to 900,000 bpd by the end of this year and to 1.1 million bpd in 2017, but the increases depend on the lifting of a blockade at pipelines serving the western fields of El Feel and Sharara.