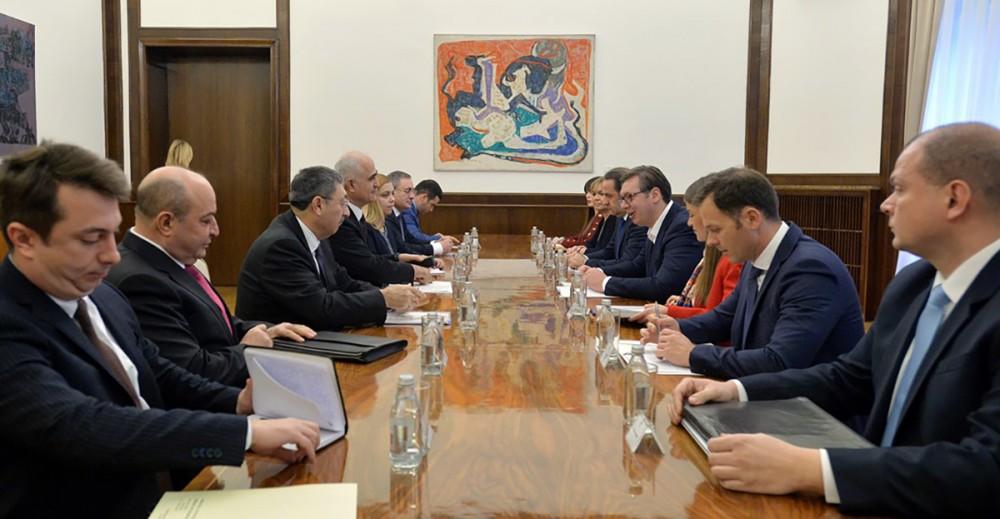 Axar.az informs, the Serbian President recalled his recent visit to Azerbaijan and asked the Azerbaijani delegation to extend his greetings to President Ilham Aliyev.

President Aleksandar Vucic hailed the developing relations between the two countries, underlining that Serbia attaches great importance to the expansion of cooperation with Azerbaijan.

Azerbaijan’s Minister of Economy Shahin Mustafayev extended Azerbaijani President Ilham Aliyev’s greetings to the Serbian President. He noted that the Azerbaijan-Serbia relations are based on strategic cooperation, and the principles of mutual friendship and respect, adding that Azerbaijan attaches great importance to the development of bilateral cooperation between the two countries.

The sides pointed to the development of cooperation between Azerbaijan and Serbia in a variety of areas, including in economic sphere.