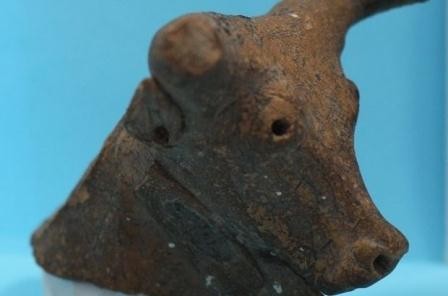 Several monuments dated to the Bronze Age have been discovered at the construction site of the Turkish section of the Trans Anatolian Pipeline (TANAP), Haberturk news channel reported.


The monuments were unearthed during the excavation works in the Turkish southwestern province of Mugla.


Earlier, underground rooms relating to the period of the Roman Empire had been found during the excavation works at the TANAP construction site in Golbasi district, the outskirts of Ankara.


TANAP project, worth $9.3 billion, envisages transportation of gas of Azerbaijan’s Shah Deniz field from Georgian-Turkish border to the western borders of Turkey. The gas will be delivered to Turkey in 2018, and after completion of the Trans Adriatic Pipeline’s (TAP) construction, the gas will be delivered to Europe in early 2020. TAP's initial capacity will be 10 billion cubic meters of gas per year with the possibility of expanding it to 20 billion cubic meters.