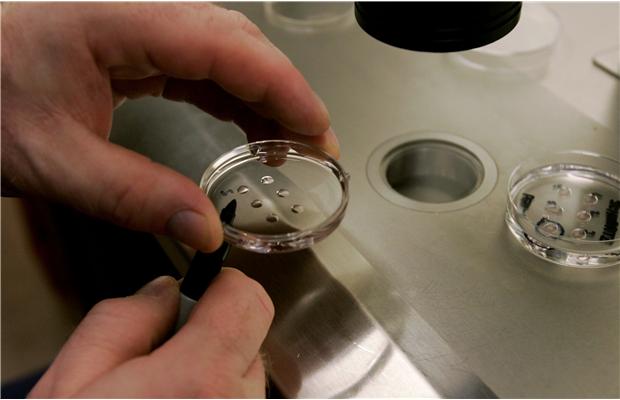 An artificial embryo-like structure has been created in the laboratory for the first time in a historic breakthrough that could shed light on the “magic” behind the creation of life.

Researchers at Cambridge University were able to make what looked like an early “anatomically correct” mouse embryo.

While stressing it was “nowhere near” something that could grow into an actual animal, one of the scientists said this would “without a doubt” eventually be possible.

The same technique could potentially be used to build an artificial model of a human embryo, which might help scientists work out reasons why some early embryos fail to develop in the womb.

Commenting on the research, described in the journal Science, one scientist in the field described it as a “beautifully conceived masterpiece”.

The embryo model was made by combining two different types of stem cells, which can turn into any kind of tissue needed to make an animal, from brain to skin cells. One type forms the foetus, while the other develops into the placenta.

Professor Magdalena Zernicka-Goetz, who led the research, said: “Both the embryonic and extra-embryonic cells start to talk to each other and become organised into a structure that looks like and behaves like an embryo.

“It has anatomically correct regions that develop in the right place and at the right time.”

Fellow researcher Sarah Harrison, a PhD student, said using human stem cells to create a similar structure in the lab was “something certainly to explore”.

“Again it would be a model, it would never be the real thing … [but could be] something that’s going to help us discover what leads to pregnancy failure,” she said.

The researchers said the cells seemed to organise themselves into the right structure after a three-dimensional scaffold on which they could grow was built for them.

“Certainly, when we started the preliminary experiments, we were surprised by the amount of self-organisation we could get – the self-assembly, if you will – without a great amount of manipulation,” Ms Harrison said.

“You just need the right mix of things and there’s a bit of self-organisation going on.”

Further research could be carried out to discover “what are the magic factors that really allow such a process, the arrangement of these cells, in what is effectively a mix of things?”

Asked if the same technique could be used to create something close to a human embryo, she said: “Without a doubt it could be done … everything is possible eventually.

“What we have done is certainly nowhere near that. Maybe it’s a step towards that but we haven’t created something that’s anything like the real thing.

“It’s still really a model of what’s going on. Perhaps somebody in the future would be able to do this.”

A third type of stem cell, which would form the yolk sac, would be among the extra steps required to create a functioning embryo artificially.

Professor Zernicka-Goetz pioneered a technique that allows early embryos to develop in a lab beyond the point at which they would normally implant in the womb.

But their studies have been hampered by a lack of embryos. Being able to create something similar artificially could solve this problem.

“We think that it will be possible to mimic a lot of the developmental events occurring before 14 days using human embryonic and extra-embryonic stem cells using a similar approach to our technique using mouse stem cells,” Professor Zernicka-Goetz said.

Dr Dusko Ilic, a reader in stem cell science at King’s College London, said the research was “another masterpiece of recreating in vitro the earliest steps of embryo development coming from the Zernicka-Goetz lab”.

He added it was “a beautifully conceived and executed study demonstrating interplay of different cells in different cellular compartments within the first days of mouse development”.

And Professor Robin Lovell-Badge, of the Francis Crick Institute in London, described the paper as “very interesting on a number of counts”.