How does drug use during pregnancy affect the baby? 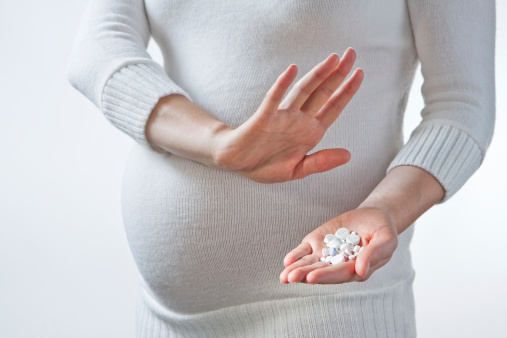 You and your baby are connected by the placenta and umbilical cord. Nearly everything that enters your body will be shared with your baby. This means that any drug you use will also affect your baby.

Axar.az reports citing to Healtline a fetus is very sensitive to drugs and can’t eliminate drugs as effectively as you can. Consequently, the chemicals can build up to extremely high levels in the baby's system and cause permanent damage.
The risks associated with drug use during pregnancy depend on various factors, including:

In general, however, using drugs during pregnancy can result in the following:

Here are some of the specific consequences of drug use during pregnancy:
Low birth weight places an infant at a higher risk for illness, intellectual disability, and even death.
Premature birth increases the risk of lung, eye, and learning problems in the infant.
Birth defects that often occur due to drug use include seizure, stroke, and intellectual and learning disabilities.

Using any type of illegal drug during pregnancy can have a detrimental effect on your child. Here is some information on the most commonly used drugs and how they can affect a developing baby.

Marijuana
To get the full effect of marijuana, smokers need to inhale deeply and hold the smoke in their lungs for as long as possible. There are many harmful gases in marijuana smoke that can be passed along to your baby, increasing the risk for complications. Smoking marijuana during pregnancy may increase the chances that your baby will have a bowel movement while inside the womb, which can cause early onset of labor and fetal distress. Marijuana use can also result in poor growth, behavioral problems, and breathing problems.

Marijuana use should also be avoided while breast-feeding, as the drug can easily be transmitted to the baby through breast milk.

Cocaine
Cocaine use during pregnancy increases the risk of miscarriage and stillbirth. It can also cause premature rupture of membranes (water breaks early), early separation of the placenta, and preterm labor. A baby exposed to cocaine is at a higher risk for:

After pregnancy, cocaine can be transmitted to the baby through breast milk, so it shouldn’t be used while breast-feeding.

Heroin
If you use heroin during pregnancy, your baby may be born addicted to the drug. They may experience a severe, life-threatening withdrawal syndrome after delivery. This condition is characterized by the following symptoms:

Your baby will need special care and medication to treat their withdrawals. If you share needles, you should be tested for HIV and hepatitis. These infections can also cause complications in your baby. Like cocaine and marijuana, heroin shouldn’t be used while breast-feeding.

Methadone
If you can quit using opiates altogether, it will be best for you and your baby. However, switching to methadone is better than continued heroin use. Methadone is associated with better pregnancy outcomes than heroin, but babies can still experience the narcotic withdrawal syndrome. Additionally, they may still be at an increased risk for sudden infant death syndrome. For these reasons, it’s best to avoid using methadone during pregnancy. Methadone use of 20 milligrams or less per day is compatible with breast-feeding.

Amphetamines
If you use stimulants, such as crystal methamphetamine (speed), then you are at increased risk for the following problems:

early placental separation, delivery of a baby with growth problems, death of the fetus in utero
Amphetamines shouldn’t be used if you’re breast-feeding.