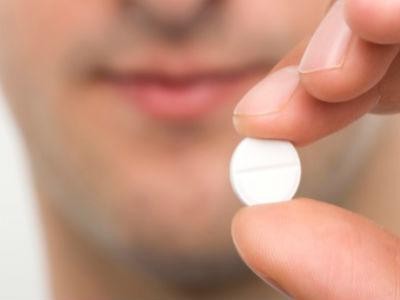 Aspirin has long been known to confer various benefits when it comes to health, and now a new study suggests the medication could lower people's overall risk of developing cancer.

According to research led by scientists at Harvard University, regular use of aspirin reduces the risk of cancer in general by 3 percent, primarily due to its effects on colorectal cancer and other tumors of the gastrointestinal tract. While scientists already knew about aspirin's impact on these particular cancers, this is the first time a study has estimated the knock-on effects on the overall risk of developing the illness.

To investigate the impact of aspirin use in a broader perspective of numerous cancers, the scientists examined two separate US studies – the Nurses' Health Study (1980–2010) and the Health Professionals Follow-up Study (1986–2012) – containing data on almost 136,000 participants over the course of 32 years.

However, according to the researchers, there's a range of other cancers where aspirin doesn't have this kind of effect, making no observable impact on the risk of developing breast, prostate, or lung cancer.

When these other tumor types are taken into consideration, regular aspirin uses averages out to a 3 percent risk reduction overall – small perhaps, but definitely significant. The researchers estimate regular aspirin use could prevent almost 30,000 gastrointestinal tract tumors in the US annually.

So what's "regular" aspirin use, as described in the study? The researchers defined it to mean taking one standard or low-dose tablet at least twice a week. In the data, the protective benefit of the medication showed after five years of continuous use, with varying dosages – ranging from half a standard tablet to 1.5 standard tablets per week, or one low-dose tablet a day.