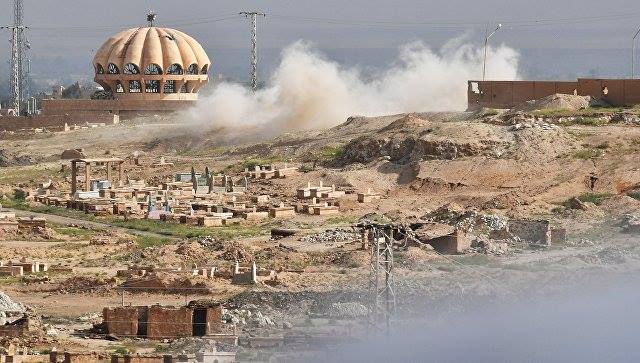 A Russian military aircraft Su-25 has been shot down in Syria’s northwestern Idlib province on Saturday, the country’s Ministry of Defense said in a statement.

“The pilot managed to report the ejection in the area controlled by the militants of Jabhat al-Nusra, but later he died fighting the terrorists,” the Russian ministry statement said.

According to preliminary information, it added, the plane was shot down by a portable air defense missile system.

Russia and Turkey are making efforts to rescue the body of the Russian pilot, the ministry added.