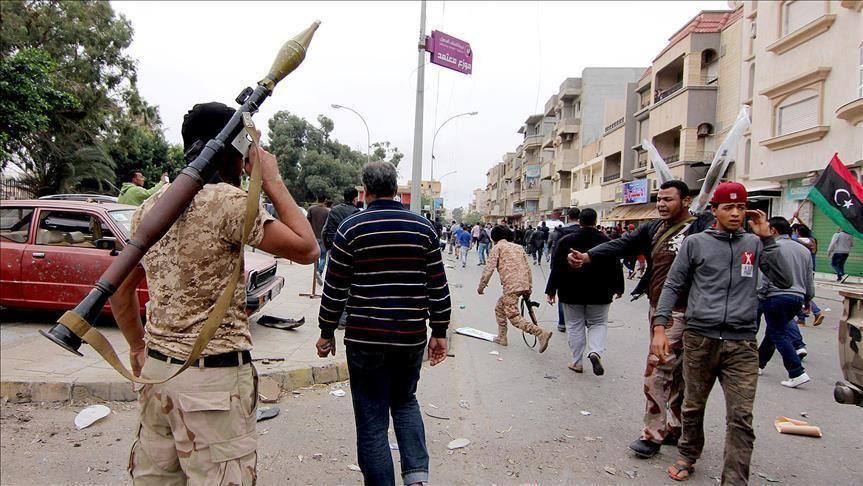 Forces led by Commander Khalifa Haftar on Wednesday claimed to have captured the Yarmuk military camp, south of the capital, Tripoli, from the UN-backed government.

Axar.az reports citing foreign media that, Haftar forces said in a statement they set control over the camp and are advancing towards Tripoli’s center.

Beginning last week, the fighters have carried out a military attack to seize the capital from the UN-backed government.

The Yarmuk military camp is in the Ain Zara area which had been witnessing clashes between the Haftar forces and government forces.

The UN-backed government has not yet issued a statement on the claims.

No side claimed responsibility for the airstrikes until 1700 GMT.

While the Haftar forces hold a small part of the former airport, the remaining is mainly controlled by the government forces.

Last week, Haftar announced the launch of a campaign to capture Tripoli, where Libya’s UN-backed government is headquartered.

By Monday, however, the campaign appeared to have lost momentum, with pro-government forces recapturing two military bases near Tripoli after they were briefly seized by Haftar’s forces.

The two sides have since continued to trade blows over three strategic airports located on the capital’s outskirts.

Libya has remained beset by turmoil since 2011, when a bloody NATO-backed uprising led to the ouster and death of President Muammar Gaddafi after four decades in power.

Since then, the country’s stark political divisions have yielded two rival seats of power: one in eastern Libya, with which Haftar is associated, and another in Tripoli, where it enjoys UN's support.