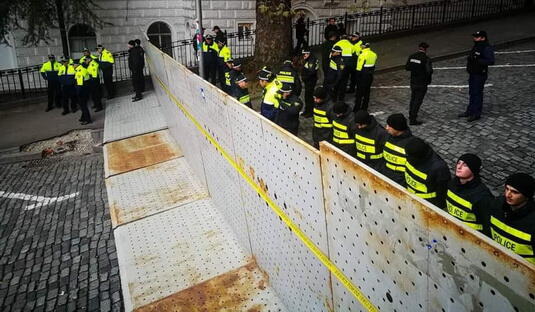 Axar.az reports that the Georgian press released this information. The government said the move was to prevent the opposition from blocking access to parliament buildings again.

This action of the police has caused a sharp protest in the opposition. Georgi Vashadze, chairman of the New Georgia Party, said the police were acting contrary to the law. He said he would not give up the opposition's position and would force the government to reform the electoral system.