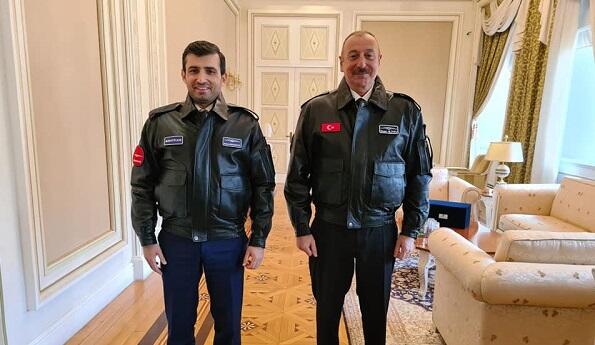 As reported, Selcuk Bayraktar, technical director of the Turkish company Baykar Makine, who is on a visit to Azerbaijan, shared his meeting with President Ilham Aliyev on his official Twitter page.

Axar.az reports he shared photos taken during the meeting with his followers.

The photos show a special gift given to President Ilham Aliyev by Bayratdar.

Thus, on one side of the jacket presented to the President, the Turkish flag, and on the other side, the name of the head of state.