This is how the National Salvation Day was celebrated - Photo 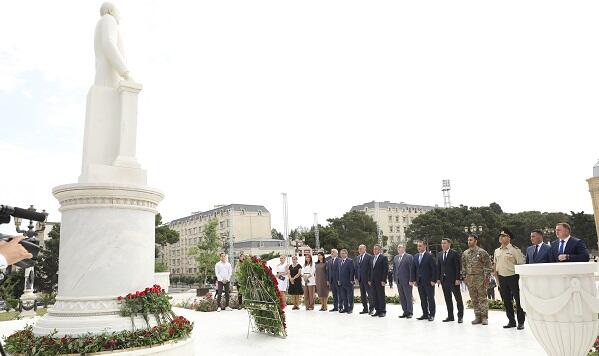 June 15 - National Salvation Day was celebrated in the Absheron region.

Axar.az reports that in connection with the holiday, the head of the Absheron District Executive Power Abdin Farzaliyev, heads of law enforcement agencies, chairman of the YAP Absheron District Organization, martyrs' families, veterans, and the public visited the monument to national leader Heydar Aliyev and laid flowers to his memory. remembered.

The monument to the genius, the savior of the Azerbaijani people Heydar Aliyev was visited by the public of the region during the day.

At the same time, Absheron schoolchildren and kindergarten children visited the recreation park named after the Great Leader in Khirdalan and presented their artistic compositions.