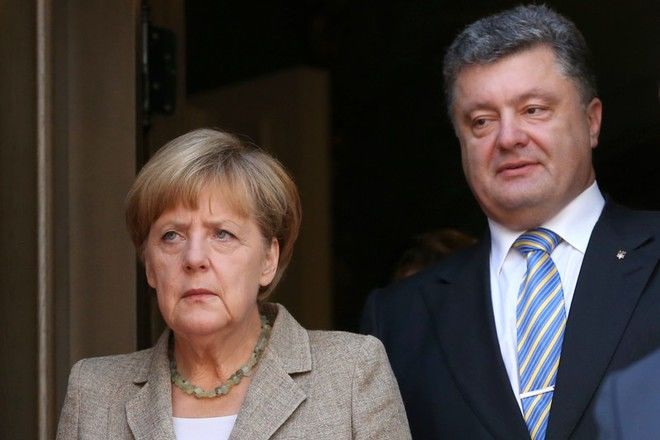 Axar.az reports in an interview with Radio Sputnik, political expert Konstantin Sokolov said that the two politicians are likely to discuss the early presidential election in Ukraine that may take place this year.

"We should take into account the fact that Germany, Europe and Russia are exhausted by the Ukrainian crisis. On the other hand, there should be the next stage in the development of the situation, and this is the presidential election in Ukraine, which is expected to take place by the end of the year," the expert said.

According to the expert, Poroshenko is unlikely to run for the second term, and a change of political establishment in Ukraine can be expected in the near future.

"In this sense, Merkel, who has been patronizing him [Poroshenko] from the West, might advise him on how to play this new game: how he will leave politics, how other politicians will leave. So, from my point of view, the conversation will be about what should happen in six months," Sokolov concluded.

The talks between German Chancellor Angela Merkel and Russian President Vladimir Putin took place on May 2, in Sochi. During their meeting, the politicians devoted a great deal of attention to Ukraine, and the ongoing civil war in the country's east.