G7 summit kicks off in Italy 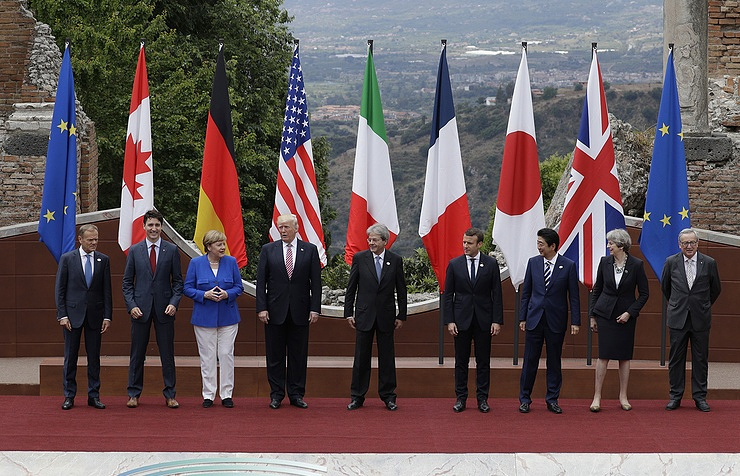 The 43rd summit of the G7, the group of most industrialized economies, opened on Friday in Taormina, a town in Italy’s Sicily.

Friday’s plenary sessions will be devoted to foreign policy and security issues. In the wake of the deadly terror attack in Manchester, the war on terror tops the agenda of the summit.

A joint statement on tightening measures on countering terrorism and extremism will be included in the final declaration, Italian Prime Minister Paolo Gentiloni said on Friday, noting that the discussions are not expected to be "easy."

Analysts say the leaders will be unable to overcome differences on such issues as free trade and climate change, as US President Donald Trump’s stance differs. The intrigue also remains around Russia. The leaders are likely to discuss relations with Moscow, especially in the context of ensuring international stability.

Italy has stated many times that one of its priorities is to stabilize relations with Russia and hold a dialogue on an equal basis to solve major international crises, what is impossible without Moscow.

The G7 consists of Canada, France, Germany, Italy, Japan, the United Kingdom, and the United States.