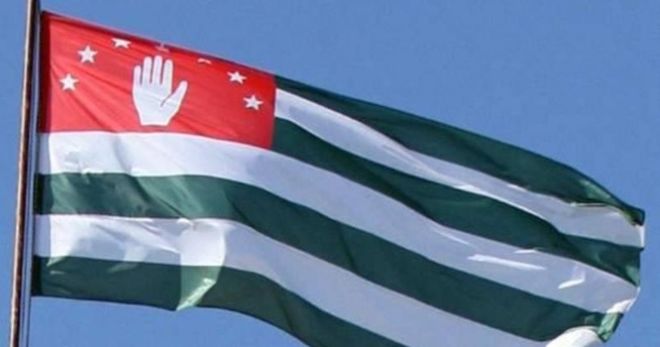 Raul Khadzhimba, who has been elected for a second term, was inaugurated as Abkhazia’s president in the republic’s capital of Sukhum on Wednesday.

"I swear to all multiethnic people of Abkhazia that I will exercise my knowledge and strength for your prosperity, peace and tranquility. During my tenure, I will strictly abide by the Constitution of the Republic of Abkhazia, act as a guarantor that the authorities strictly comply with it, and that rights and freedoms of all citizens of the republic are observed," Khadzhimba read out the oath.

The inauguration ceremony was attended by delegations from Russia, South Ossetia, Transnistria and the People’s Republics of Donetsk and Lugansk, along with representatives of Abkhazian foreign communities. Among the guests were South Ossetian President Anatoly Bibilov, Russian Minister for North Caucasus Affairs Sergei Chebotarev, Deputy Speaker of the Russian State Duma (lower house of parliament) Olga Timofeeva and Denis Pushilin, head of the Donetsk People’s Republic (DPR).

"Moscow hopes that your efforts as president will facilitate Russian-Abkhazian relations," Timofeeva said at the ceremony. "Eleven years ago, in August 2008, our country safeguarded security and sovereignty of the republic. We have been facilitating the country’s sustainable socio-economic growth. We help to implement multiple major investment projects. This will be continued," she added.