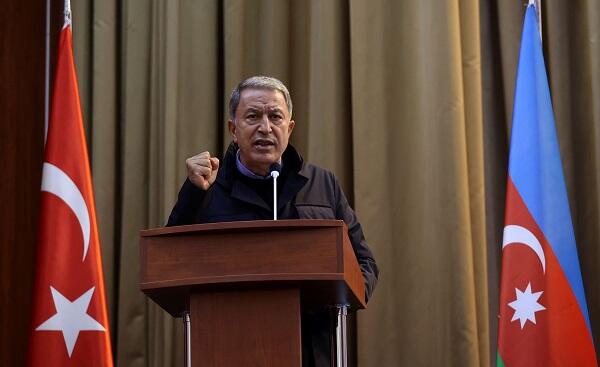 We see our friends as friends together, and we know our enemies as enemies together.

Axar.az reports that the Minister of National Defense of Turkey, Hulusi Akar, said this while watching the joint military exercises of the Armed Forces of Azerbaijan and Turkey held in our country.

He said that provocations against Turkey and Azerbaijan, regardless of where and from whom they come, are considered directed at both sides:

"There should be no doubt about it. We will fight together (with Azerbaijan - ed.) against all kinds of threats and dangers."

The minister emphasized that the whole world saw the brotherhood of the two countries during the liberation of the lands occupied by Armenia for 30 years:

"Turkey and Azerbaijan are two brother countries. Thanks to the victory achieved as a result of 20 years of perseverance and determination, stability was ensured in the region after many years."