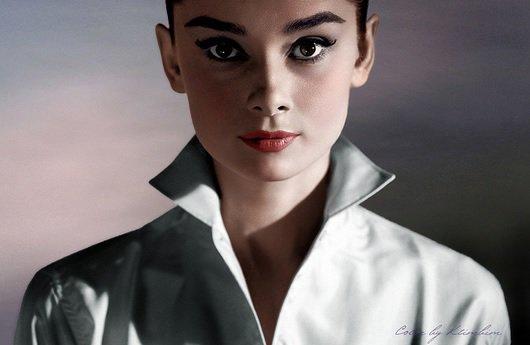 Audrey Hepburn 4 May 1929 – 20 January 1993) was a British actress and humanitarian. Recognised as a film and fashion icon, Hepburn was active during Hollywood’s Golden Age. She was ranked by the American Film Institute as the third greatest female screen legend in the history of American cinema and has been placed in the International Best Dressed List Hall of Fame. She is also regarded by some to be the most naturally beautiful woman of all time.

She was ranked by the American Film Institute as the third greatest female screen legend in Golden Age Hollywood and was inducted into the International Best Dressed List Hall of Fame. Born in Ixelles, a district of Brussels, Hepburn spent her childhood between Belgium, England, and the Netherlands, including German-occupied Arnhem during the Second World War where she worked as a courier for the Dutch resistance and assisted with fundraising. In Amsterdam, she studied ballet with Sonia Gaskell before moving to London in 1948 to continue her ballet training with Marie Rambert and perform as a chorus girl in West End musical theatre productions. She spoke several languages, including English, French, Dutch, Italian, Spanish, and German.

Upon return from Somalia to Switzerland in late September 1992, Hepburn began suffering from abdominal pains. She went to specialists and received inconclusive results, so she decided to have herself examined while on a trip to Los Angeles in October. On 1 November, Hepburn checked in at Cedars-Sinai Medical Center with her family. Doctors performed a laparoscopy and discovered abdominal cancer that had spread from her appendix, a rare form of cancer belonging to a group of cancers known as pseudomyxoma peritonei (PMP). Having grown slowly over several years, the cancer had metastasised, not as a tumour, but as a thin coating over her small intestine. After surgery, the doctors put Hepburn through 5-fluorouracil Leucovorin chemotherapy.[105] A few days later, she had an obstruction and medication was not enough to dull the pain. She underwent further surgery on 1 December. After one hour, the surgeon decided that the cancer had spread too far to be removed fully and was inoperable.

After coming to terms with the gravity of Hepburn’s illness, her family decided to return home to Switzerland in order to celebrate her last Christmas. Because Hepburn was still recovering from surgery, she was unable to fly on commercial aircraft. Hubert de Givenchy offered to help and arranged for Rachel Lambert “Bunny” Mellon to send her private Gulfstream jet, filled with flowers, to take Hepburn from Los Angeles to Geneva. She spent her last days in hospice care at her home in Tolochenaz, Vaud, Switzerland and occasionally was well enough to take walks in her garden, but gradually became more confined to bed rest as she grew weaker.

On the evening of 20 January 1993, Hepburn died at home in her sleep of appendiceal cancer. After her death, Gregory Peck went on camera and tearfully recited her favourite poem, “Unending Love” by Rabindranath Tagore.