Model comments on her divorce from the king 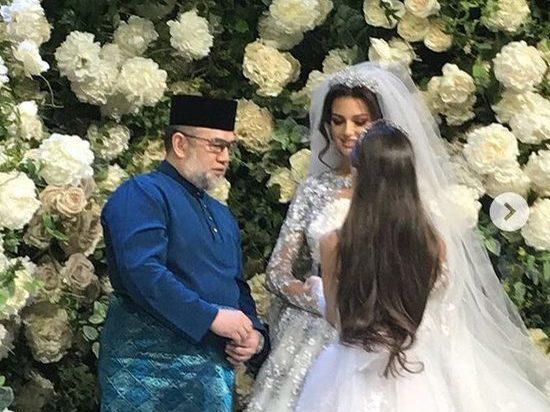 A Singaporean lawyer representing the royal previously hinted at the causes of the breakup, noting that "there is no objective evidence as yet as to the biological father" of the model's newborn child.

Axar.az reports citing foreign media Russian beauty queen Oksana Voevodina, now divorced from former Malaysian King Muhammad V of Kelantan, has stated on her Instagram page that she didn't want to say the truth about her marriage, because it would be painful.

In a post, written in both English and Malay, Voevodina noted she wasn't ready to describe the situation before and shared her doubts on whether she should make the details of the story public.

Miss Moscow 2015 and the then-king of Malaysia discreetly married on June 2018, and the news about their wedding made headlines later in November. Sultan Muhammad V resigned from his position in January 2019 amid speculations that the Malaysian rulers’ council had refused to crown the woman despite her conversion to Islam.