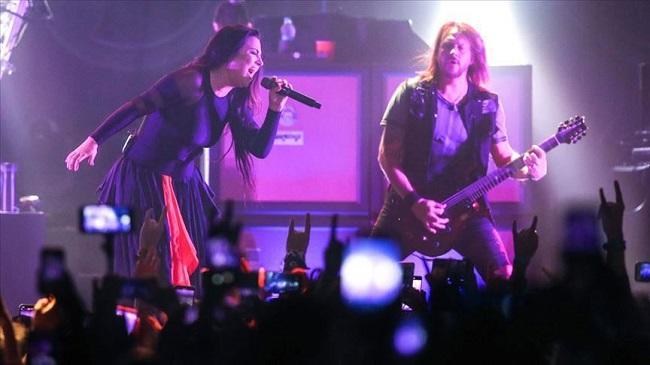 Awarded Grammy in 2004, the band drew global recognition with its popular rock songs.

Axar.az reports citing AA that the band ended its performance with two of its most popular songs, “Bring Me To Life” and “My Immortal”, with a standing ovation from the audience.

Founded in 1995 by Amy Lee, Evanescence climbed the music lists in 2003 following the launch of its album titled “Fallen” and drew global recognition. In 2004, it was given Grammy’s “Best Hard Rock Performance” with the band crowned as “Best New Artist”.