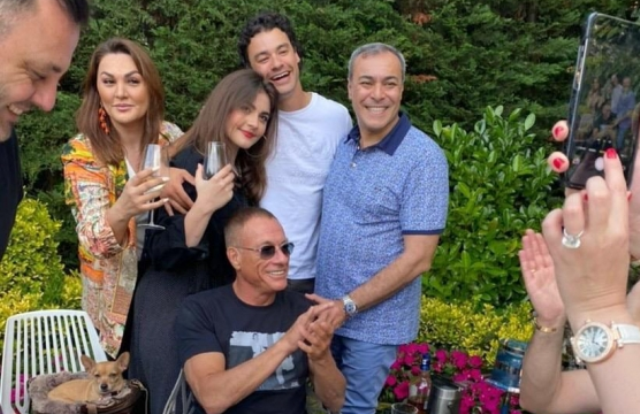 A video of world-famous actor, Hollywood star Jean-Claude Van Damme dancing with his Azerbaijani cousin Elkhan Hajizade has been released.

These images of them were on the agenda on social media.