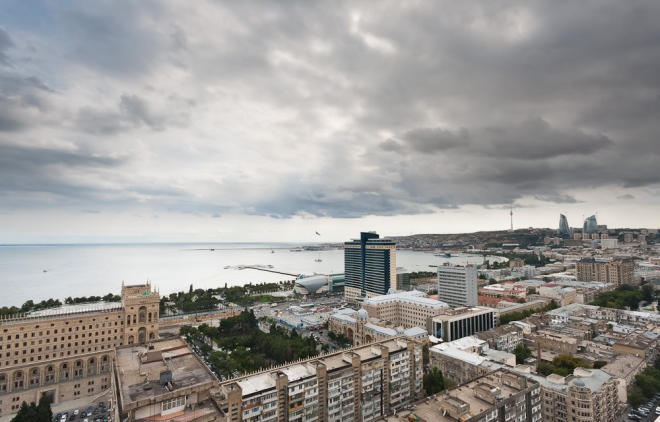 On May 9, the weather is expected to be partly cloudy in Baku and on the Absheron Peninsula.

In the morning there might be a slight drizzle in some places, rain in the evening.

A weak southwest wind will blow during the day.

In the regions of Azerbaijan, it is expected to be mostly without precipitation. However, the northern and western regions of the country may see thunderstorms, heavy rain, and hail in the evening. In the morning it will be foggy, the west wind will blow, and will intensify in some places.

According to the forecast, on the Absheron Peninsula, the occasionally intensifying gilavar (warm southern wind) will be replaced by a strong northerly Khazri wind on May 10. Significant fluctuations are expected in atmospheric pressure, which is mainly unfavourable for some meteosensitive people.