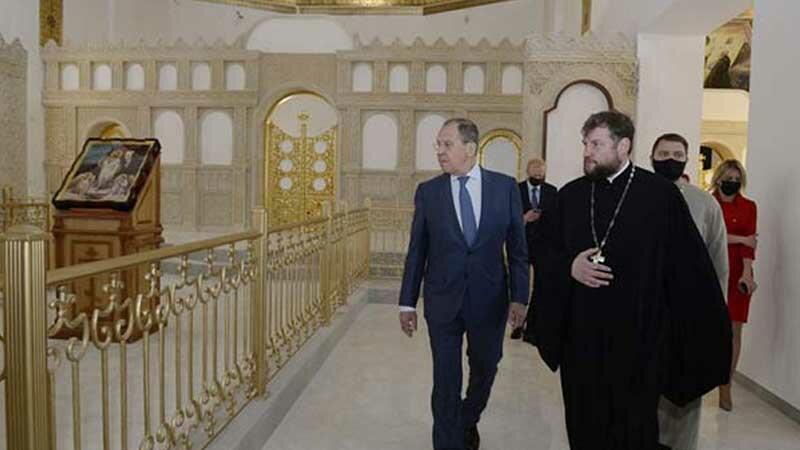 Russian Foreign Minister Sergey Lavrov, who is on a visit to Azerbaijan, visited the Church of the Blessed Virgin Mary in Baku and got acquainted with the progress of restoration work.

Axar.az reports that, the Russian Foreign Minister was informed that the building of the temple was built in 1896 at the expense of charitable funds. After the establishment of the Soviet government in Azerbaijan, the church was suspended and its building was used as a barracks.

It is noted that in 1944, the Church of St. Mary Mawlid reopened its doors to the faithful. In 2019, on the instructions of President Ilham Aliyev, large-scale restoration work began on the temple.