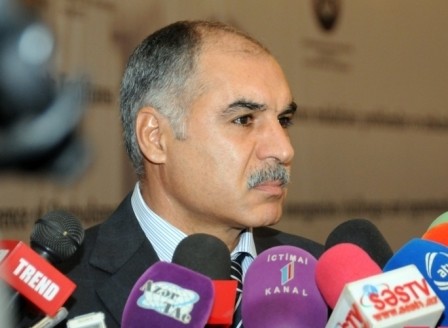 The number of crimes in the Azerbaijani army significantly reduced in the first half of 2016, said Azerbaijan’s Military Prosecutor Khanlar Valiyev.

He made the remarks during a meeting at the Military Prosecutor’s Office on July 26.

Valiyev noted that compared to the previous year, in 2016 there was a great reduction in the number of crimes against military service, the cases of military service evasion, unauthorized abandonment of a military unit and duty area, theft of firearms, ammunition, explosives and explosive devices or their extortion by using threats, the number of premeditated murders and the cases of incitement to suicide.

During the reporting period, the military prosecuting agencies detected a number of grave and especially grave crimes and completed the investigation of several cases in connection with these crimes, he said.