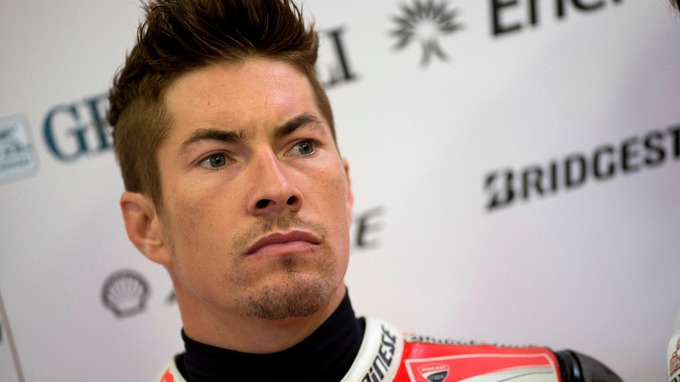 American superbike racer Nicky Hayden has died - days after being involved in a serious bicycle collision with a car.

The 35-year-old, a former MotoGP world champion, was injured when out on a training exercise.

He was transferred to intensive care and placed in a coma following the collision on the Rimini coastline last week, having sustained head and chest injuries.

On Monday, he was pronounced dead by the hospital in Cesena, Italy, where he had been treated.

At the pinnacle of his career Hayden narrowly beat Valentino Rossi to win the 2006 MotoGP world title.

This season he was 13th in the MotoGP Superbike standings, competing for the Red Bull Honda team.

Just days before his accident Hayden had competed in a race at nearby Imola.

During his care the hospital stated Hayden had suffered severe brain damage and multiple traumatic injuries.

Several family members flew in from the US to be by his hospital bedside, including his mother and brother.

After the crash, racing great Rossi was among those to express support for Hayden, writing on his Instagram account: "Nicky is one of the best friends I've ever had in the paddock."

Reigning MotoGP champion Marc Marquez also tweeted a picture with Hayden and wrote: "My thoughts are with you."

Following his death, a number of stars from the world of superbikes and Formula 1 paid tribute to Hayden.