The third wave has started in Iran
﻿ 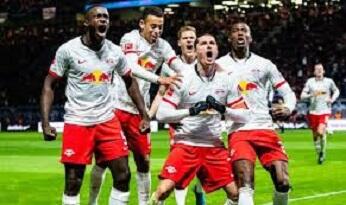 The next match of the quarter-final stage of the Champions League will be held.

Axar.az reports that Leipzig met Atletico Madrid in Lisbon. The match ended with a 2: 1 victory of the German club. Thus, for the first time in the history of "Leipzig" reached the semifinals of the Champions League.

It should be noted that Leipzig will face the French team PSG at this stage.