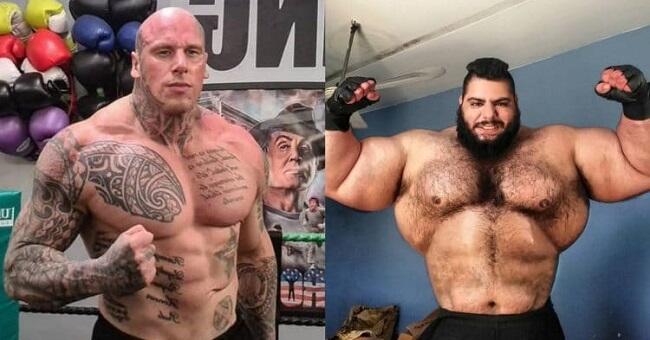 The fight between Martyn Ford and the “Iranian Hulk,” Sajad Gharibi has been talked about for years. Now it appears that it is finally going to happen in the boxing ring.

Axar.az reports citing foreign media that Ford has been training in MMA, Brazilian Jiu-Jitsu, and boxing for many years now. As for Gharibi, he is a self-proclaimed MMA fighter who has not actually fought but has accepted fights against the likes of the UFC’s Brian Ortega, as well as the entire terrorist organization ISIS.

After years of being rumoured, it seems that these two massive genetic freaks will finally be going head to head in combat, although not in MMA as originally expected. Martyn took to his Instagram to reveal that Sajad had signed the papers to face him in a boxing fight that Martyn is taking very personally, with a date set for April 2nd, under the banner of celebrity boxing promotion BoxStar.