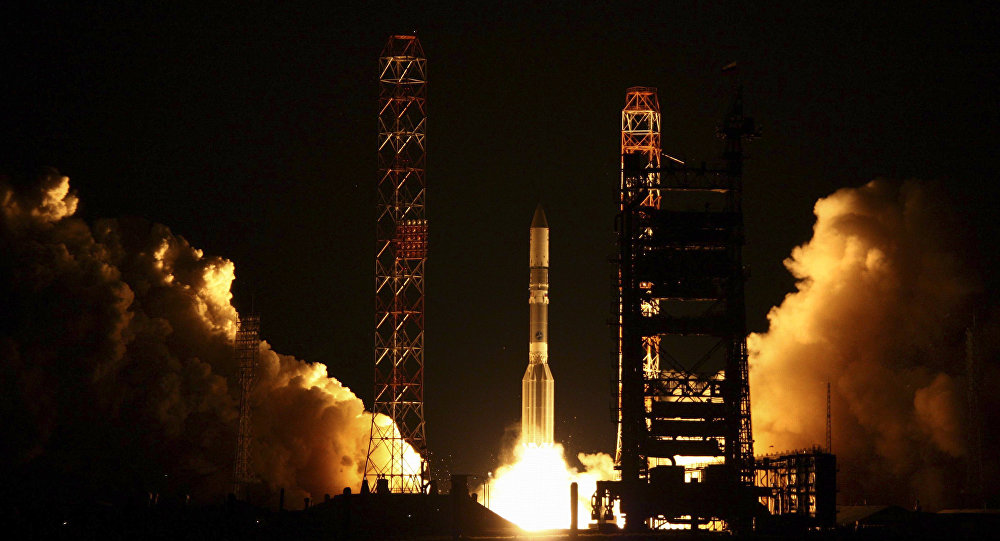 A Russian Proton rocket on Thursday successfully orbited a US Еchostar-21 telecoms satellite after the launch from the Baikonur space center in Kazakhstan, an official from Russia's Roscosmos state space corporation told Sputnik.

This was the first launch of a Proton since June 2016 when a rocket suffered an engine glitch, prompting an audit that grounded the Proton launches for a year.

"The spacecraft has successfully separated from the upper stage [o the rocket], so the Russian part of the program for launching EchoStar-21 is complete, the satellite has been transferred to the management of the customer," the official said.