How dads treat their daughters differently than sons 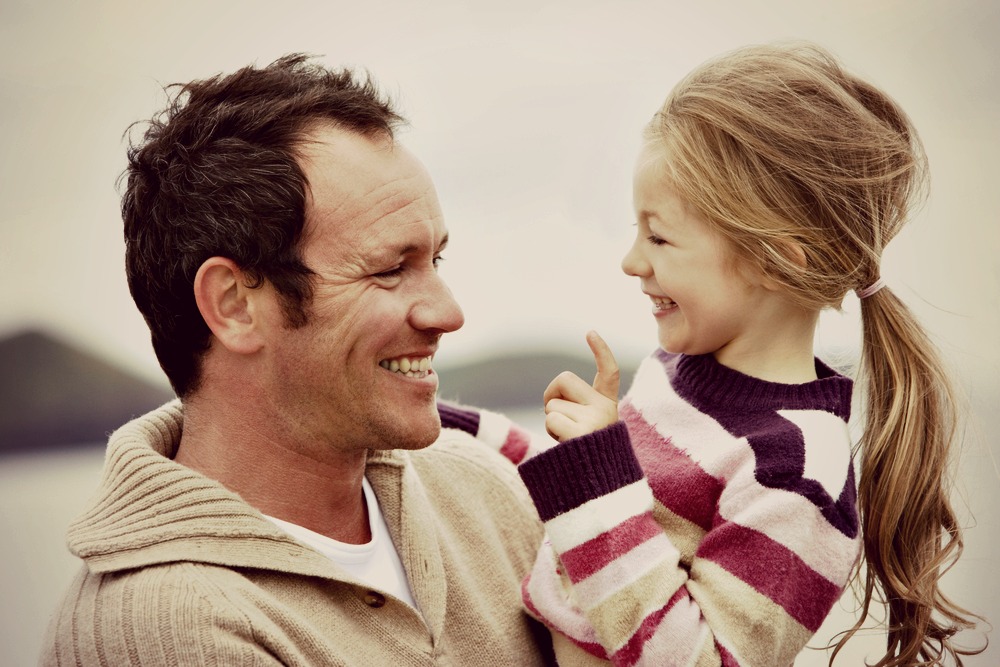 For decades, gender norms have been going through seismic changes, but some traditional tropes are apparently hard to undo.

In the latest study on how parents interact with their daughters and sons, researchers led by Jennifer Mascaro and her colleagues at Emory University focused on fathers. They recorded random snippets of conversations that a group of 52 fathers with one to three year olds had over a 48-hour period. The researchers coded the types of words and behavior the fathers were having with their toddlers, and they also took brain scans of the dads as they looked at pictures of their children with happy, sad and neutral facial expressions.

That the researchers found gender-based differences wasn't surprising, since previous work, most of it in mothers, found similar differences in how the moms interacted with their daughters and sons. Moms in the study tended to use more emotive language when talking to their daughters compared to their sons, and when they told their girls autobiographical stories, they were richer and fuller of emotional content than the versions they told their sons.

What the latest findings add is that fathers’ brain may also process interactions with their daughters differently than those with their sons. Mascaro found that when dads looked at pictures of their children, the brains of fathers with daughters reacted the strongest to their daughters’ happy expressions; the brains of fathers with sons reacted most to their sons’ neutral expressions.

It’s not clear why. Some hypotheses hold that fathers may choose different ways to educate their daughters and sons about emotions. While they may use language and direct discussions about emotions with their girls, they may chose physical roughhousing as a mode of communication with their boys. Mascaro points out that rough play mimics aggressive actions, and requires accurate reading of social cues to determine when the rough and tumble tickling or fighting has gone too far, or if someone is feeling hurt. That requires evaluating other people’s emotional state and determining when the feelings pass the threshold from fun and play to fear and anger.

Future research will also have to address one of the biggest questions to come out of the study: whether the fathers’ different behaviors toward daughters and sons is the result of some biological difference in their reactions about different genders, or whether they are the product of internalized social and cultural norms about how girls and boys should act and behave.Either way, says Mascaro, the results also suggest that fathers can perhaps be made more aware of the fact that they are treating their daughters and sons differently.

With this knowledge, perhaps they will pay more attention to ways in which their interactions might be more egalitarian. “All parents are trying to do the best they can to prepare their kids for the world,” she says. “Just being aware of the biases we have by virtue of being part of our culture may help us to do a little better in preparing our kids in less biased ways.”