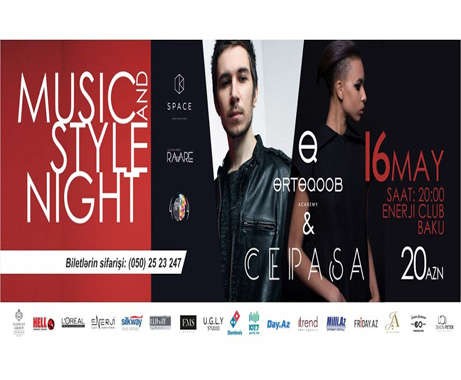 The show scheduled for May16, will be attended by the team of Erteqoob Hairdressing Academy, which is going to publicly demonstrate a new approach in hairdressing.

The event program includes the show of exclusive collection from Georgian designer's U. G. L. Y Studio, prepared specifically for this project.

The show will end with performance of Cepasa (Pavel Lenchenko), the Ukrainian electronic music producer and vocalist who creates deep electronic music as well as bass-oriented tracks. His charismatic vocal and distinctive music allowed him to be named one of the top Ukrainian producers. The debut album «Doing Right» made his name known as a producer with his own unique style.