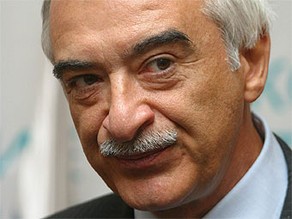 Azerbaijani Ambassador to Russia, the famous singer and composer Polad Bulbuloglu will sing today at the concert Trans-Siberian art festival in Novosibirsk.

" Polad Bulbuloglu will perform at the Trans-Siberian art festival in concert " Children - to children " on April 16.

In the same concert his 14-year-old son Murtuza will perform as a conductor" - said in the report of the Novosibirsk State Philharmonic.

According to artistic director of Festival Vadim Repin, he invited 14-year-old son Murtaza to perform as a conductor, and his father found out about it and decided to come and support his son.