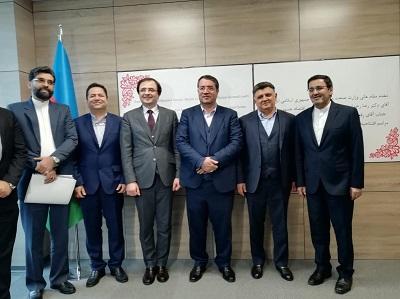 The opening ceremony of the Iranian Trade Center was held in Baku on April 19.

The purpose of the trade center is to support trade relations between the businessmen of the two countries and help them solve their problems.

A memorandum of understanding was signed between AzerMash and Maral Trailer companies during the Iranian minister’s visit to Azerbaijan on April 19.

AzerMash will deal with distribution of truck trailers produced by Maral Trailer company in Azerbaijan within the cooperation.

The production of truck trailers is planned to be established in the country at the next stage.

A ceremony of laying the foundation of a plant for the production of buses and trucks of AzerMash Senaye LLC (AzerMash and Kartal Az joint venture) was held in Hajigabul Industrial Site on April 19.