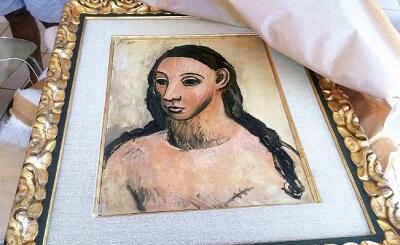 An 83-year-old former Spanish bank chairman was fined 52 million euros ($58 million) on Thursday after being convicted of smuggling a Pablo Picasso painting abroad after it was designated a national treasure.

Jaime Botin, 83, ex-chairman of Bankinter, was also given an 18-month prison term but he is unlikely to serve it due to his advanced age and his status as a first-time offender.

The case stemmed from the seizure of Spanish master Picasso’s “Head of a Young Woman”, a 1906 painting valued at 26 million euros, from Botin’s yacht during a search by customs officials on the French island of Corsica in 2015.

Spanish prosecutors accused Botin of trying to sell the painting, depicting a woman with sharp features and long black hair, in defiance of a ban on exporting an artwork of cultural significance for Spain.

Botin, the uncle of Santander bank chairman Ana Botin, denied the charges. While acknowledging that the painting had left Spanish territory, Botin said he had been taking it to Switzerland for safekeeping.

Thursday’s verdict, which can be appealed, also transferred ownership of the painting to the Spanish state.