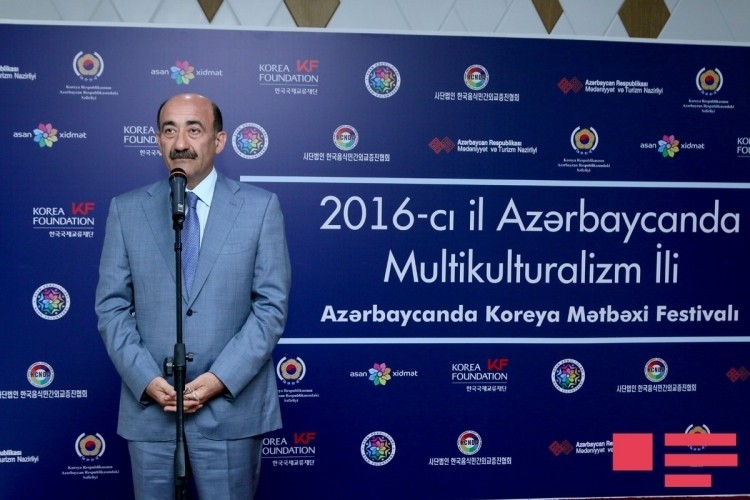 The event was attended by Minister of Culture and Tourism Abulfas Garayev, Korean Ambassador to Azerbaijan Kim Chang-gyu, chairman of State Agency for Public Service and Social Innovations under the President of the Republic of Azerbaijan Inam Karimov, public and media representatives.

Kim Chang-gyu noted that the meals showcased today are special examples of Korean cuisine: “The cuisine is an important element of the culture”.

At the festival, the Korean cooks were presented certificates of Azerbaijan's National Culinary Center. The event ended with presentation of Azerbaijani and Korean works of art.