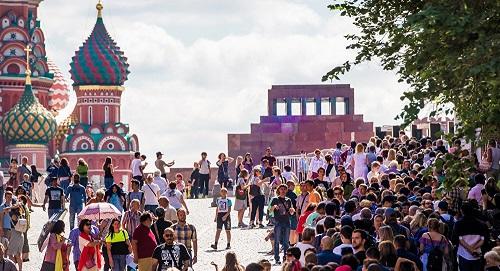 Lenin's Mausoleum in Moscow, the resting place of the first Soviet leader Vladimir Lenin, will be closed for public indefinitely from Nov. 17 due to the worsening coronavirus situation, the Federal Protective Service (FSO) announced on Monday.

Axar.az informs that without giving a reopening date, the FSO, in a statement on its official website, said: "The access will be suspended temporarily".

This is the first forced closure of the memorial in the Russia's modern history. Previously, such an extraordinary measure was undertaken during the Second World War, when Lenin's body was evacuated over fears the mausoleum might be destroyed in bombings.

Even after numerous attacks, including the use of explosives, and during the 1993 October coup, it remained open for visitors.