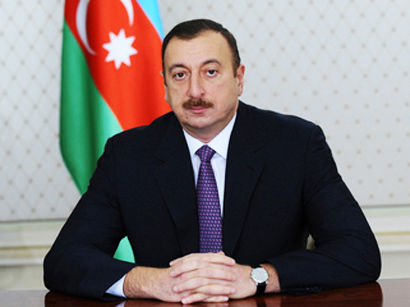 President of Azerbaijan Republic Ilham Aliyev said Azerbaijan always takes a principled position in regard to any matter.

The president made the remarks addressing the awarding ceremony for athletes and sports specialists at the National Olympic Committee.

“We’re always together when it comes to defending our national interests and this public support facilitates my work,” President Aliyev said. “We’re on the right path. That’s what our sports and other achievements suggest.”

The head of state noted that Azerbaijan is already known as a sports country worldwide.

“Whenever they become unable to host a sports event in some country, they appeal to Baku. That’s what has happened lately. And we can host that sports event in Baku without extra preparation,” the president added. “That’s a fact that international sports organizations and federations already know. That’s a realty which we have created unassisted. On the contrary, some anti-Azerbaijan circles have been trying all these years to cast shadow upon our achievements. But they failed. The result is apparent.”