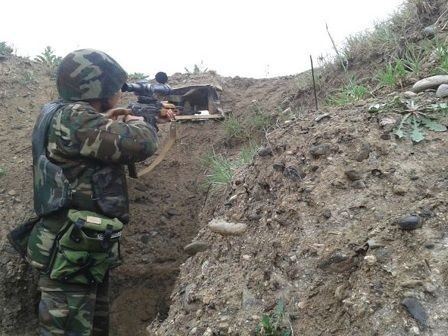 On March 26, the divisions of Azerbaijani Armed Forces have destroyed troops and military equipment belonging to the armed forces of Armenia on the frontline.

"Defense units of the Azerbaijani Armed Forces located on the front line have exactly targeted the military vehicles and enemy positions.

Defense Ministry reiterates that the Azerbaijani Armed Forces held at gunpoint not civil, but only military targets. The opposite side, as always, hiding their losses from the public", the ministry says.