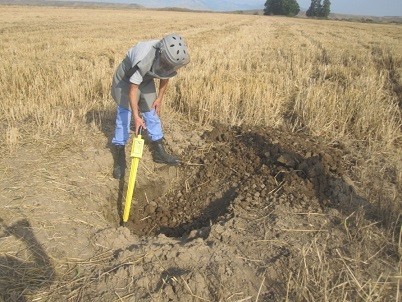 Azerbaijan National Agency for Mine Action (ANAMA) on Wednesday released a report on the unexploded ordnances (UXO) discovered in the Terter district.


According to the report, two UXOs, as well as the detonating fuse of a 122 mm artillery shell were seized as a result of the inspection conducted at five explosion sites in the Jamilli village of Terter.


The agency continues the operations.