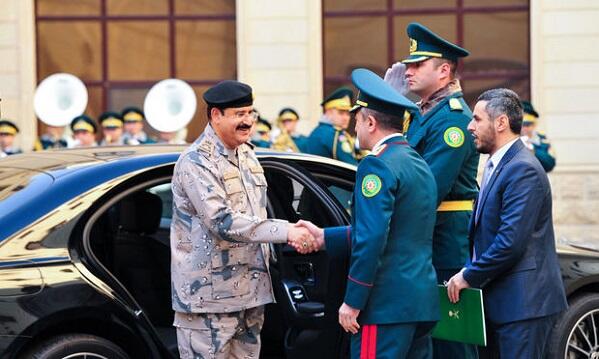 At the invitation of the head of Azerbaijan’s State Border Service, Colonel-General Elchin Guliyev, a delegation headed by Chief of the Directorate General of the Border Guard of the Kingdom of Saudi Arabia, Major-General Mohammed bin Abdullah Hamdan Al-Shehri, has arrived in Azerbaijan on an official visit.

At the meeting between the expanded delegations, detailed information was provided on the work done after the historic victory in the Patriotic War under the leadership of the Supreme Commander-in-Chief, President of Azerbaijan Ilham Aliyev to restore the territorial integrity of the country, organize activities for the defense and protection of state borders in the liberated territories, create necessary infrastructure.

During the discussions, the importance of reliable protection of the state borders of both countries was noted, issues of combating smuggling and drug trafficking, illegal migration, as well as other manifestations of cross-border crime, as well as issues of developing cooperation and ensuring the security of land and sea borders were