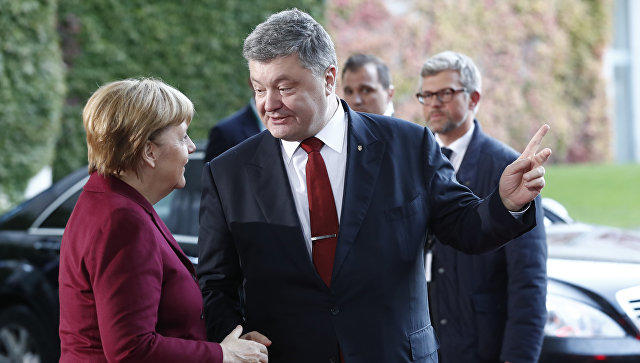 Today, Petro Poroshenko and Angela Merkel will meet in Berlin.

Axar.az reports citing to local media that, today at the meeting of the President of Ukraine Petro Poroshenko and German Chancellor Angela Merkel in Berlin will be, among other things, discussed issues of implementation by Russia of the Minsk agreements for the settlement of the security situation in the Donbass and the liberation of hostages, said the Minister of foreign Affairs of Ukraine Pavlo Klimkin.

“We had agreed in early February to discuss a number of important issues. Especially how to force Russia to fulfill the Minsk agreements, the security situation in the Donbass, what can we do to release the hostages, how today you can make better use of the possible Norman format”, – he told on air of TV channel “inter” on Sunday evening.

The Minister also noted that among other things will be discussed German aid in the promotion of Ukrainian reforms .

As reported, Ukrainian President P. Poroshenko on Monday, January 30, will pay a visit to Berlin, where he will hold talks with German Chancellor Angela Merkel, and will meet with President of the Bundestag Norbert Lammert and Vice-Chancellor Sigmar Gabriel.