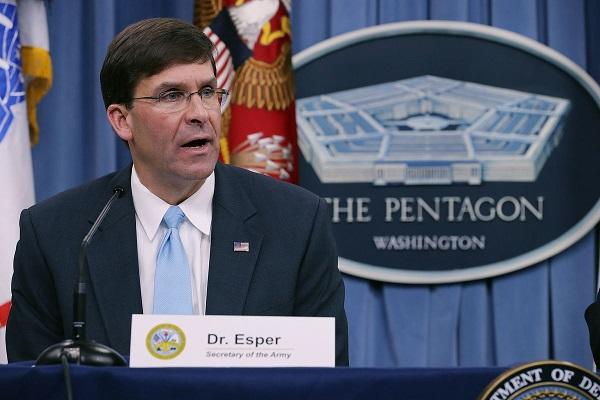 US Secretary of Defense Mark Esper said he was unaware that President Donald Trump would send a second letter to Turkish President Recep Tayyip Erdogan.

Axar.az reports this was said by Esper at a press conference.

Esper also reacted to the allegations that Turkey, which is included in the letter, could return to the F-35 program if the S-400 did not activate.

“I haven't heard anything like that. But this does not mean that there is no such thing. At our last meeting with Mr. Akar, we were adamant that they both owned the S-400 and could not continue the F-35 program. In my opinion, this is an extreme threat to the F-35s, and all our NATO allies think the same way. "

In a second letter, US President Donald Trump offered Turkish President Recep Tayyip Erdogan a "solution" to the situation around the trade agreement and the sanctions promised by Ankara after the purchase of Russian-made anti-aircraft missile complexes.