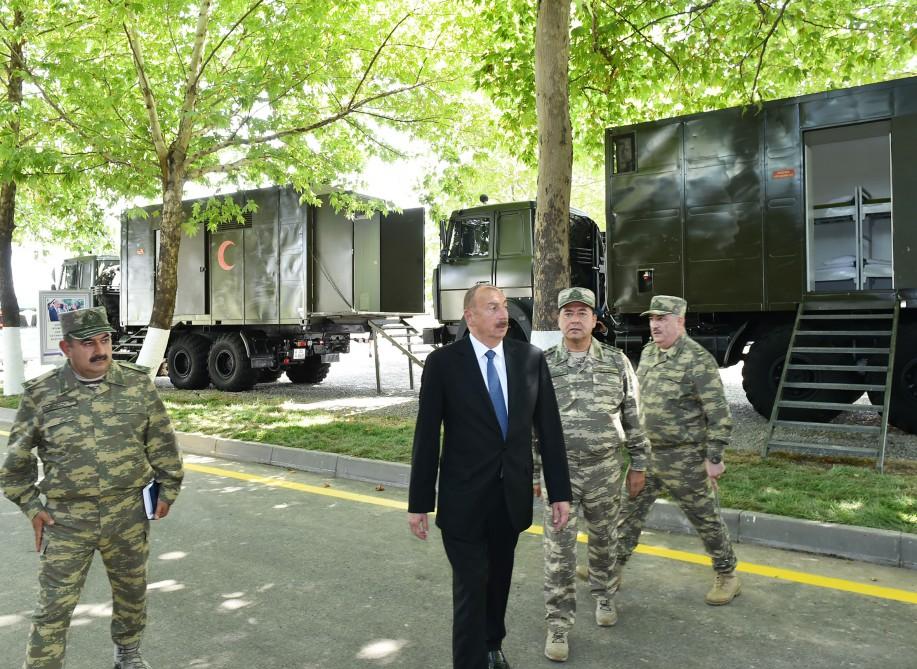 As part of his visit to Shamkir district, President of the Republic of Azerbaijan, Supreme Commander Ilham Aliyev has visited the Mobile Field Surgical Hospital of the Ministry of Defense.

At the instructions of President, Supreme Commander Ilham Aliyev, the Mobile Field Surgical Hospital, supplied with the latest medical equipment, was purchased for the Armed Forces from “Turmaks” company of the Republic of Turkey in 2013. The Mobile Hospital, which consists of 8 containers and 9 tents, allows to conduct up to 100 surgical operations per day.

The hospital, which occupies 2,500 square meters, is capable of providing medical services to up to 150 patients a day. There are also 2 treatment, 2 intensive therapeutic blocks and 6 treatment tents with 8 beds each. The hospital is equipped with a staff dormitory, a pharmacy, a kitchen and a bathroom.