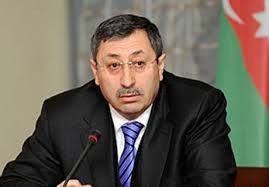 A favorable condition created significant convergence of positions of Caspian countries said Deputy Foreign Minister of Azerbaijan Khalaf Khalafov in the 44th meeting of the Ad Hoc Working Group on the development of the Convention on the legal status of the Caspian Sea.

Caspian littoral countries agreed on a number of important provisions of the draft Convention, including issues on sovereignty, the implementation of sovereign rights and jurisdiction of the parties in the Caspian Sea.

Iran will host the 45th meeting of the Ad Hoc Working Group, the date of which is being specified through diplomatic channels.