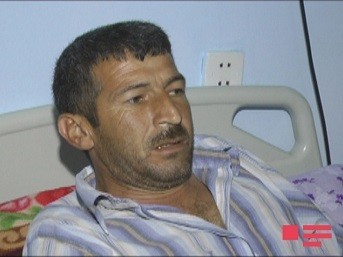 Mammadov Elnur, wounded as a result of the Armenian shelling, was taken to Baku for treatment.


Aghdam District Central Hospital told loxal media's Karabakh bureau that experts from Baku advised to take Mammadov to the capital to continue his treatment. He will receive the treatment in the Scientific-Research Institute of Lung Diseases.