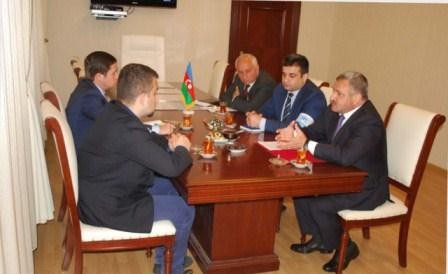 An evaluation mission including representatives of the legal bureau of the United Nations High Commissioner for Refugees (UNHCR) Azerbaijan office Alexander Novikau, Oliver Tuholske and Elsevar Agayev have visited Tartar district to familiarize themselves with the needs of people who temporary changed their place of residence in the wake of the recent incidents on the troops’ line of contact.

The UNHCR representatives first visited Tartar District Executive Authorities, where they were informed about the recent incidents on the frontline.

Mammadov said 256 houses, 4 schools, 2 medical centers, a kindergarten were damaged, while 32 houses were destroyed completely as a result of the shelling.

He added that 7 civilians were wounded, and 2 IDPs were killed.

The UNHCR representatives then visited Gapanli village which was mostly damaged by the Armenian units, and met with residents and IDPs whose houses were destroyed.