Protests in Vienna, Stuttgart and Saarbrücken 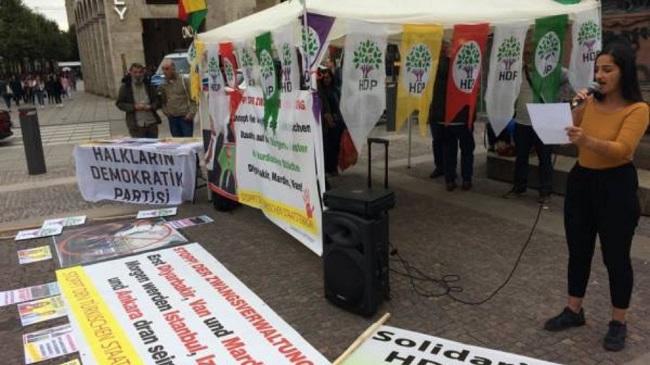 Demonstrations were held in Vienna, Stuttgart, and Saarbrücken to protest the seizure of the HDP-run municipalities and the Turkish threats of invasion.

Axar.az reports citing ANF that In Vienna the demonstration was held at the Westbahnhof-Christian-Broda-Platz, promoted by the Austrian Democracy Platform. Kurds and their friends opened posters with photos of prisoner politicians.

Speaking at the rally, the co-chair of the Austrian Democratic Kurdish Community Council read a letter from the dismissed HDP mayors of Amed, Mardin, and Van to the mayors of European capitals.

An information tent was opened in Stuttgart against the seizure of municipalities at Schlossplatz (renamed Kobanê Square).

Activists handed out leaflets explaining what is going on in North Kurdistan and the last decision by the AKP to seize the municipalities of Amed, Van, and Mardin.

In Saarbrücken, the threats carried out by the Turkish state to invade Rojava was protested.

As in many other cities, this demo was organized within the scope of the “RiseUp4Rojava" campaign.