Meeting between the generals of Azerbaijan and Pakistan 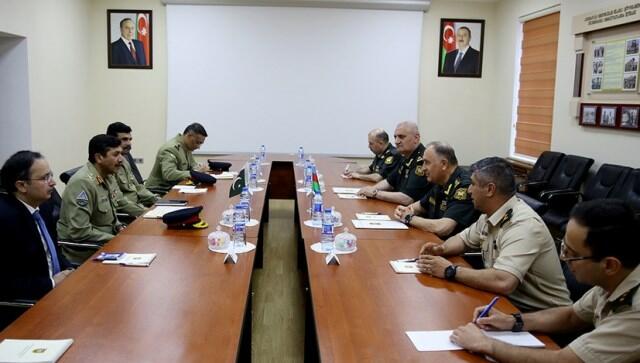 On June 10, in Baku, Deputy Defense Minister of the Republic of Azerbaijan Lieutenant General Karim Valiyev met with a delegation led by Major General Nauman Zakarian, Chief of the Military Operations Department of the Pakistan Army.

The sides stressed the importance of further expanding ties based on friendly and fraternal relations between the armies of the two countries.

The head of the Pakistani military delegation said his country was ready to participate in the demining process in the liberated areas of Azerbaijan and the restoration work to be carried out in those areas.