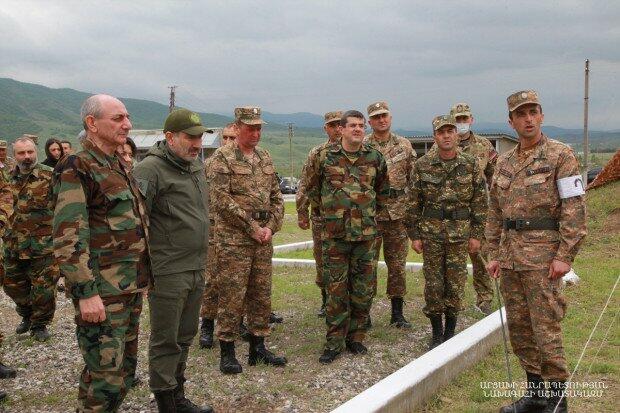 When the issue of the army is discussed live, I do not want to repeat the mistake of myself and others. In its program, the government has clearly stated its strategy, goals and objectives: we will reform the army.

Axar.az reports that the statement came from Armenian Prime Minister Nikol Pashinyan at a press conference on social media today.

"First, we must follow the path of building a professional army. This does not mean an army of mercenaries. We will not aim to occupy territories in front of the army. The task of our army is to protect the territorial integrity of Armenia. I also want to say that I would not want to put all the burden of our security on the army. It is necessary to facilitate its work with foreign policy and peace intentions, not to burden the army.

Of course, we need a strong, combat-ready army that meets international standards. However, this army will not be an expression of Armenia's aggressive policy, but rather an expression of the opening of the era of peace in the region and Armenia," Pashinyan said.