Today prayers offered on the same day in all mosques 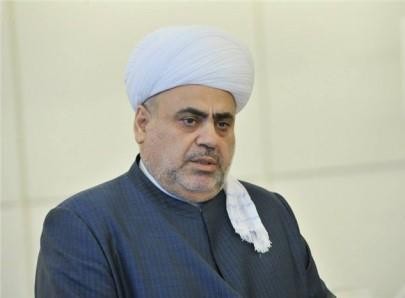 "Sometimes Sunnis and Shiites in Azerbaijan celebrate holidays on different days under influence of other countries".

According to him, today Azerbaijani people prayed on the same date and time: "It once again shows that there is no sectarian discrimination in Azerbaijan. Prayers performed at the same day and time in all Azerbaijani mosques for the first time in accordance with the date issued by Shamakhi Astrophysical Observatory of Azerbaijan National Academy of Sciences (ANAS) not based on horizons of other countries. It also shows our unity".

A.Pashazade stated that today there is no such a unity in Muslims living countries of the world: "It is also an indication of our tolerance. Our state wants us to be a unity. We have an enemy and a grief as Karabakh. I pray for liberation of our lands. If we will be a unity, no one can defeat us. Offering prayers at the same time was an important issue for us. We have solved this problem. Forces who want to sabotage in Azerbaijan, will not succeed, because no one can break this unity".