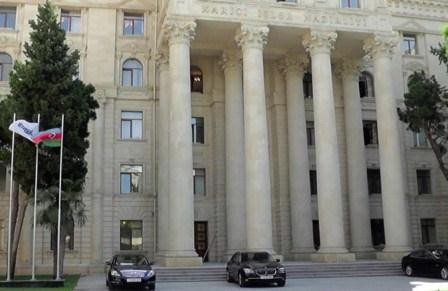 Azerbaijan`s Ministry of Foreign Affairs has welcomed the US`s and Russia`s announcing a planned cessation of hostilities in Syria.

“Official Baku has repeatedly said that the primary condition for normalizing the situation in Syria, finding a political solution to the problem and tackling the humanitarian crisis is establishing peace and ceasefire. Only after peace and ceasefire are established can the Syrians determine their future.” Hajiyev expressed hope that the Russian-US truce would push the process of finding a political solution to the Syrian crisis.

“As a donor country, Azerbaijan has given assistance to the people affected by the humanitarian crisis in Syria, and this process will continue,” the spokesperson added.